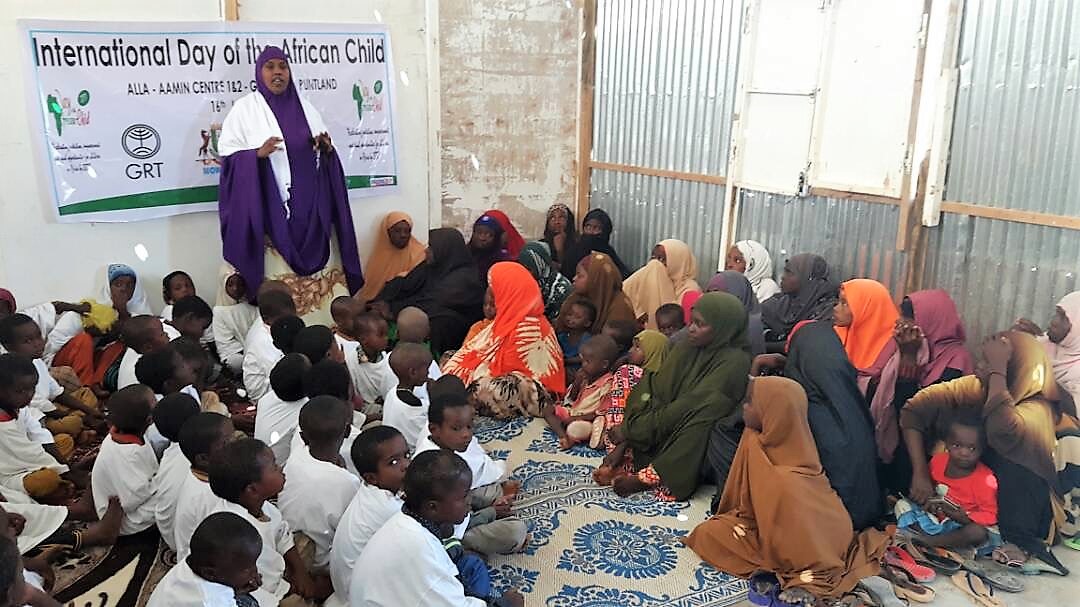 The emergency situation in the Horn of Africa has blocked access to livelihoods for thousands of people, leading to an unprecedented mass exodus in Somalia. In this situation, children are among those most affected by drought and hunger and are often victims of violence or abandoned.

This project aims to support vulnerable children and young people in the Galkayo North region, which is particularly affected by drought. In particular, activities are aimed at supporting children victims of violence, unaccompanied minors and child soldiers.

For the implementation of this project, GRT is carrying out several activities aimed at providing psychosocial support to orphaned children, street children and unaccompanied minors, victims of gender-based violence and child soldiers.

In addition, GRT has conducted initial assessments to better understand the needs of children in Galkayo and to support local staff with targeted training on child protection.

GRT is also identifying potential foster families and training them to provide a short-term solution for children affected by violence.

Building a better future for children and youth struggling with drought. Improving mechanisms for preventing and responding to family separation, reunification and reintegration, in Mudug region, Galkayo North.

Children and youth from Galkayo, IDPs (internally displaced persons) and local staff from partner organisations, as well as staff from the Ministry of Women’s Development and Family Affairs (MOWDAFA).